A few weeks back, I posted an open letter to tow truck drivers after one of them beeped at me on the road.  In it I expressed that we are on the same team and I encourage them to tow tricks like crazy and that bike lanes will benefit us both equally.

I think the “same team” comment really hit home because tow trucks now seem to be a my biggest fan and a huge ally.  Sure I base this on one isolated incident but that’s kind of what I do on CarFreeBrad.com.

The other day I was at a rotary that I navigate multiple times a day (in front of Union Station) and the steady stream of traffic seemed to never end.  Normally that rotary operate pretty efficiently and I don’t have to actually stop or maybe just a few seconds.  On this day I was stopped for a solid minute and was about to give up hope, get off my bike and walk around on the sidewalk when a giant tow truck pulled in the middle of both lanes of traffic in the rotary and stopped.  There he was blocking both lanes and stopped in the rotary.  My first response was “what an A-hole” until I looked up and saw that he was waving me on.  Apparently he had decided to be an A-hole for me! 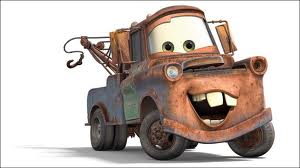 I could muster was an enthusiastic wave as i got on my way.  Since I now know that the brotherhood of tow trucks drivers are on my side and read this blog religiously, I want to send out a BIG THANK YOU to whoever you are!