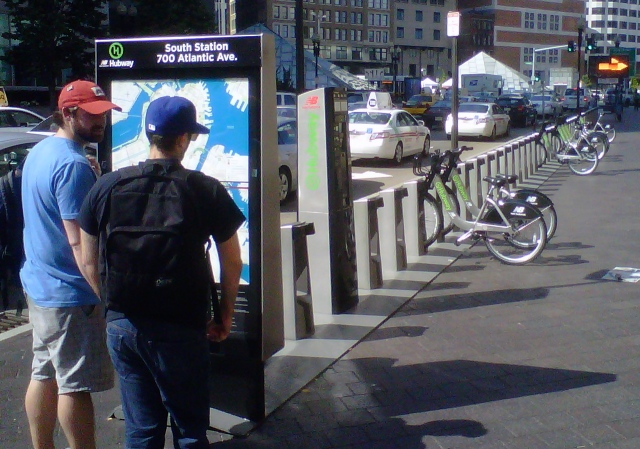 This was my initial reaction to my first bike sharing rack in Boston by South Station.

In the hustle and bustle of all the commuters scurrying to catch their rides, I could have easily walked right by and never even noticed it. I can’t decide if this is a good or bad thing, but my gut tells me it’s a good thing. Here’s why:
They can go everywhere. If the racks almost instantly become part of city landscape there can’t be an argument that they get in the way.
Something that no one notices rarely causes problems. “Out of sight, out of mind” is a common saying for a reason.
If no one complains now, it becomes easier to expand the racks later.
The lack of attention paid to the racks will allow people to complain about their favorite first target and the assumed villan, cyclists! 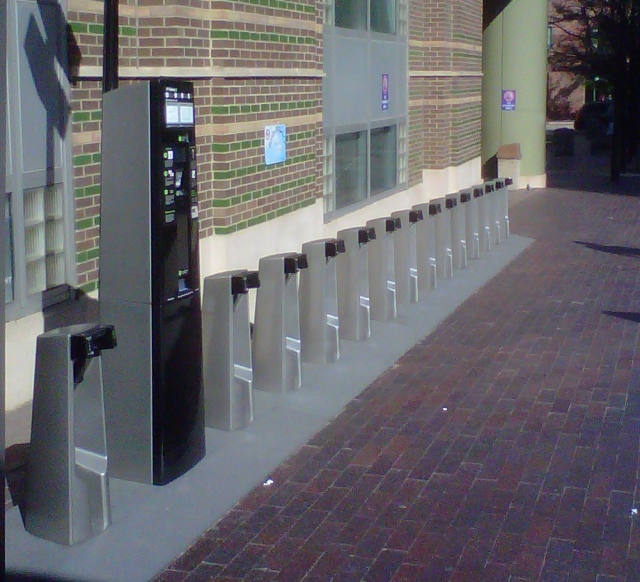